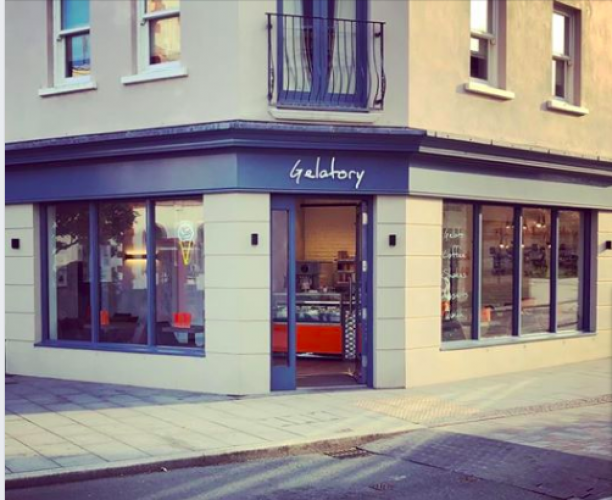 Well done Year 3 for your fantastic entries to this fabulous competition.
You made Rory's job really difficult with a lot of really great whacky ideas.
So, drumroll please, below are the winners for each class, who will receive their Gelatory badge in the post. Rory has also picked out a child from each class who deserves a special mention for their design.

Winner for Mr Bell's class - Luis with Kiwi Kebab (Kiwi Gelato, Pretend False Teeth and Pineapple Ripple), a special mention should also go to Austin, who had one called 'Terrifying Taste' had a lot of layers to it so wouldn't be possible to make as one flavour but mad idea and worth a shout out.

All three would be worthy winners as overall they paired flavours well, followed the brief and had designed something achievable.

The overall winner will be announced when shops reopen, so that the winning flavour can be tried by all. Lulu, Jerianne and Luis you may want to spend some time over the Easter holidays perfecting your advertising posters ready to go on display!

Well done everyone - if you didn't win this time remember Rory is currently holding this same competition for all Primary school children, so you could have another go!

Office opening hours are : 8am until 4pm